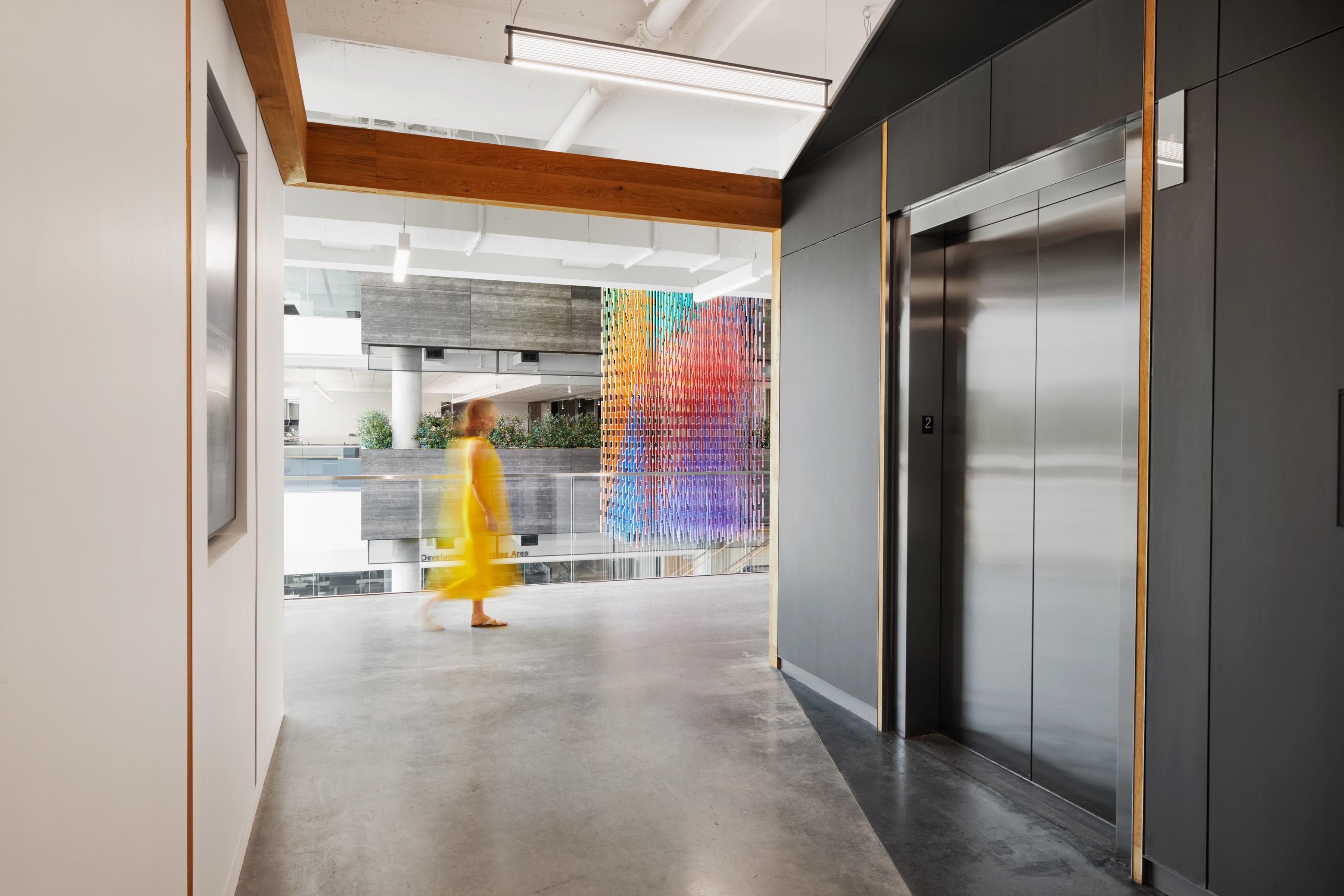 Ryan Companies developed and built the new City of Austin Planning and Development Center to collocate several city departments that were previously housed in separate buildings. Ryan selected Fyoog through an RFP process to design, fabricate and install a new artwork in the main lobby of the building, which would serve as both a focal feature and a visual unifier identifying the centralization of the city departments.

We were engaged near the end of the building construction process, which required us to work within established architectural, structural and construction constraints. We responded with a sculpture that maximizes vertical presence while also maintaining a relatively small footprint, so as not to conflict with the large ceiling fans and structural connection points. We suspended cables of clear polycarbonate tubes, infilled with colored film, which kept the weight at a minimum while maintaining a critical mass of visual volume. The large aggregated form is made up of over 3,000 individual pieces that reinforce the color palette and geometric shapes used throughout the building.

The name “Aurorae” is inspired by shifting celestial colors in the night sky. This piece achieves its subtle beauty through shifting color overlays - that change according to the viewer's perspective and varying light conditions - as they move around the spaces that frame the lobby.