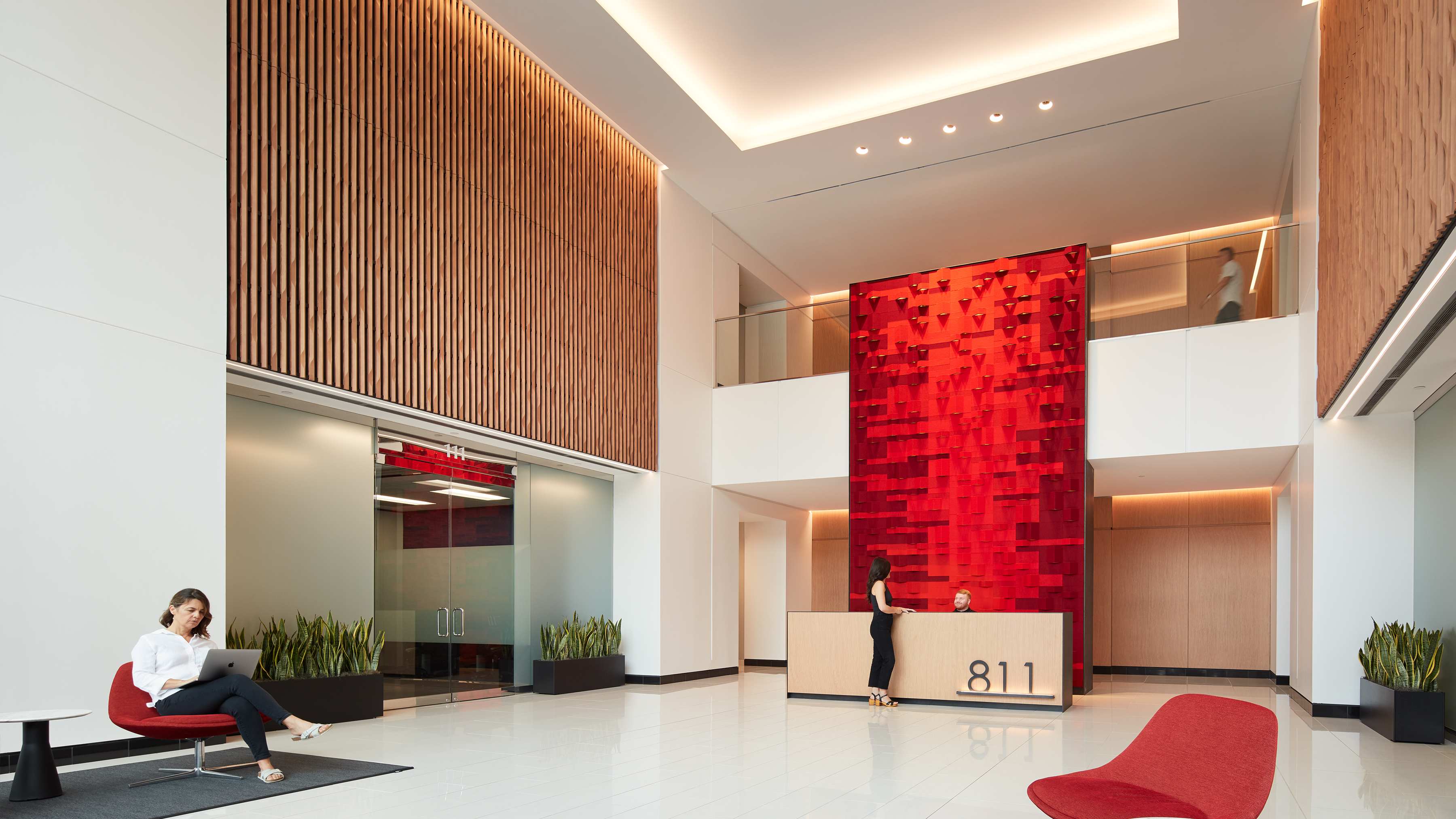 This enduring office building is a familiar sight near the heart of Austin’s parks and recreation corridor along Lady Bird Lake. The property was initially developed on the periphery of downtown Austin, but has since been absorbed into the central business district due to Austin’s development boom. This shift prompted an interest in improving the building’s commercial presence and the owners engaged us to inject new vitality into the lobby and the building entry that would be comparable and aligned with the newer downtown developments.

One of the main challenges was the dated exterior. We closely examined how to make selective modifications that would open up the entry and lobby without necessitating the replacement of large portions of the building exterior.  Our solution was to remove the overscaled exterior canopy and opaque glazing at the building entry.  The new exterior curtain wall consists of dark frames and clear glazing, which allow the newly remodeled interior to become more visible from outside, while creating a connection between the indoor and outdoor spaces.

The lobby interior also included strategic improvements that gave an appearance of a completely new lobby without having to replace everything. We used a lighter, warmer wood palette to replace the original dark stone and overly ornate accents that had permeated the lobby. A new monolithic ceiling with soft, ambient lighting now highlights wood walls and illuminates the accents below, making the lobby space appear to glow from within.  The lobby is anchored by a colorful felt wall feature composed of graduated red textural felt modules, artistically composed to create a striking backdrop to the entire project. 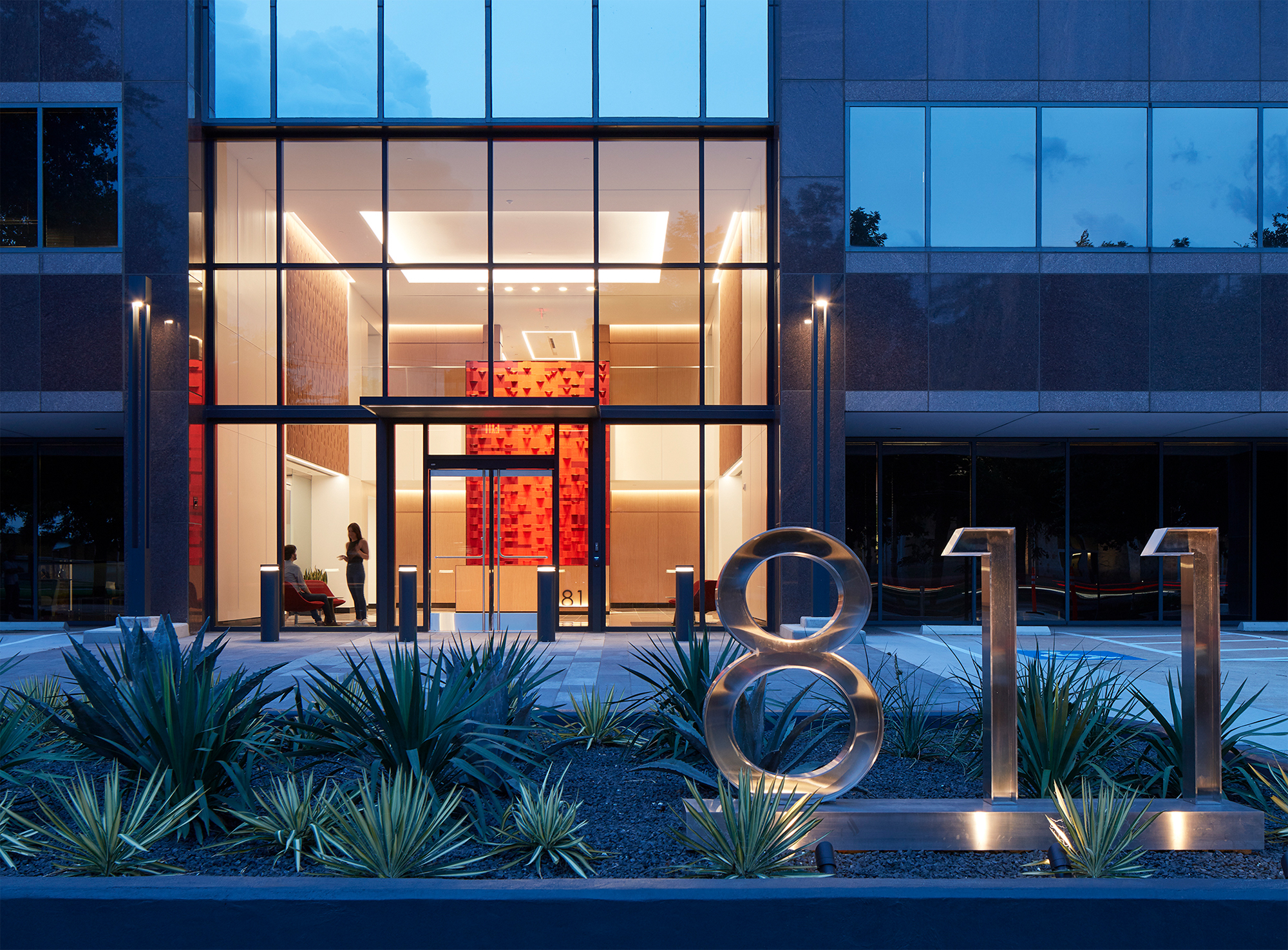 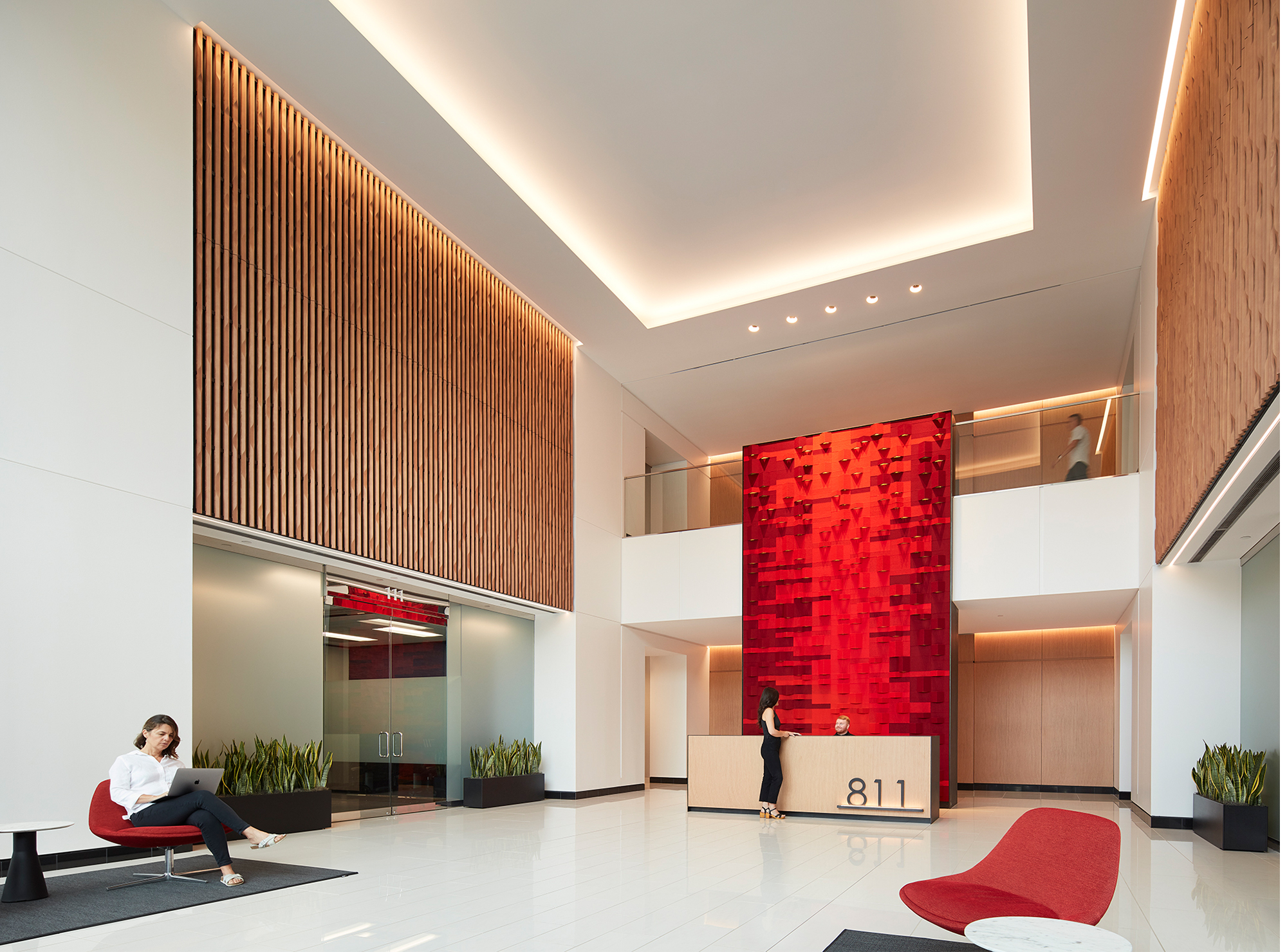